UNWIND Magazine
Home NP-Heart Stories House Call He left me for another woman! 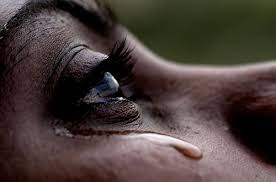 When it is said that a woman scorned is hotter than hell, it is the same situation Stephanie has found herself

My name is Stephanie, a 37-year-old lady.I have been burnt seriously by a man I picked up from the gutters, polished his life and that of his family members, all in the hope of getting married. But now, Lawrence has paid me back in the most wicked ways that I have come to the conclusion that no man can ever be treated with kids gloves.

I am into the oil and gas business and without blowing my trumpet, I can say that I am well to do and my business is booming, so much that I have been able to build five houses in different parts of the country. My parents and siblings are well taken care of but the only snag is that I have not been lucky in love.

Men have used and dumped me in the most callous way anyone can ever think of. Most of my friends are all married with kids and it was in the quest to also settle down that I ran into that rascal who has turned me into a man, so much that even the sight of men irritates me.

I met Lawrence after my fiance of six years ran away with my money to Europe. For three years, I was not willing to date another man until Mercy, a very good friend of mine, introduced me to Lawrence, a man who was five years younger than me. It took me time before I could get used to the idea of dating a man younger than me but with time and with my friend’s prodding, I decided to give it a shot.

Law turned out to be the kind of man I ever wanted. He did not allow my status to be a hindrance as he showed that he was very much in love with me.

Being the person that I am, I let loose and made sure Law had the best of everything. When I met him, he was just a struggling young man trying to make ends meet but I wanted my man to measure up to my taste, so I gave him a huge amount of money to set up a business.

He had access to my home and was very useful in my business that I had to allow him take some decisions as to how the business was run. His family too was not left out in the largess as I also turned their lives around.

When Lawrence proposed to me, I was so happy that I did not hesitate to agree to marry him. Little did I know that he was just scheming to get what he wanted from me because before I got to know, he had almost milked me dry.

I started noticing a sharp fall in my company’s revenue and when I asked him what was responsible, he excused away with the economic situation in the country.

But when it persisted, I had to bring in external auditors who discovered that almost N5r0 million could not be accounted for. As I stormed home that day, I was bent on giving a piece of my mind to Lawrence but I met another shocker when I got home.

Lawrence was no where to be found and when I asked the security man, he told me that Law had driven out in one of my exotic cars and had dropped a letter for me. With trembling hands, collected the letter and just reading the first line, I lost consciousness and when I came to in the hospital, it came back to me that Lawrence had left me.

He told me he was traveling out of the country with his wife and that I should not look for him. He thanked me for providing him with the means to marry his lover.

As I write this, I have almost gone out of my mind as many thoughts have been ravaging my mind on how to exact my revenge. I am contemplating wiping out his family members and destroying Lawrence totally.