A new experiment defies nature and might one day let two males have babies with each other.

In a new experiment on mice, scientists appear to have shown that it would be possible to conceive of mice using other kinds of cells. The study showed that it was possible to produce healthy offspring while bypassing the normal route of fertilising an egg with sperm.

The stunning result could mean that it would be possible to fuse sperm with ordinary cells like skin or other tissue, without using cloning, to produce babies.

As such, it could lead the way to human reproduction that completely cuts the female part of the process. Scientists have called such a scenario “speculative and fanciful”, but haven’t ruled it out. 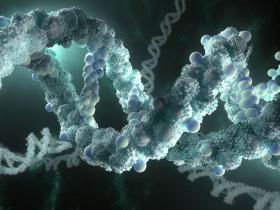 If that happened, it would allow gay biological men to have children with each other, for instance. And it would allow a man to fertilise his own cells with his own sperm, producing offspring that would use only his genes and those inherited from his parents.

But more immediately the finding could suggest that women whose fertility has been wiped out by cancer drugs or other treatments to still have their own children, using another of their cells. At the moment, people in that situation can only have children of their own if their eggs were frozen before treatment; after they are lost, there is nothing that can be done.

And the same treatment could allow for the preservation of endangered species, since it allows scientists to get around the often complicated and difficult process of collecting eggs from those that they wish to help breed. Instead, they could just use sperm and somatic cells.

“Our work challenges the dogma, held since early embryologists first observed mammalian eggs around 1827 and observed fertilisation 50 years later, that only an egg cell fertilised with a sperm cell can result in live mammalian birth,” said lead scientist Tony Perry, a molecular embryologist from the University of Bath. World’s first IVF puppies born But Dr Perry has also made clear that the tests on mice only prove that the technique would work in principle. Much more work will have to be done before it can be technically feasible, he said.

The experiment used “parthenogenote” mouse embryos that were created by scientists. Those are all-female embryos made without any sperm, created by tricking an egg into developing as if it was fertilised.

Usually, those embryos die after a few days because they are not properly programmed. But in the new studies, scientists found that they could inject them with sperm and transform them into normal embryos – and let them go on to produce healthy offspring.

The study produced 30 mouse pups with a success rate of 24 per cent. That is far above the 1 or 2 per cent success rate usually found in the traditional method of cloning, by transferring DNA to donated eggs.

That finding matters because parthenogenotes are similar to other ordinary cells, like skin cells. Both are mitotic, and if living offspring can be produced from one then it should be possible to create them from the other using the same technique.

But the scientists will have to do further research to check whether that actually works.

“The practical applications of this as the technology stands at the moment are not very broad,” Dr Perry said at a press conference.

“What we’re saying is that these embryos are mitotic cells – mitotic cells are the type of cell that almost every dividing cell in your body is. And therefore potentially one day we might be able to extend what we’ve shown in these mitotic cells to other mitotic cells.

“Will we be able to do that’ I don’t know. But I think, if it is ever possible, one day in the distant future people will look back and say this is where it started.”

NEW DISCOVERY ON HOW TO GET RID OF FIBROID NATURALLY WITHOUT SURGERY!